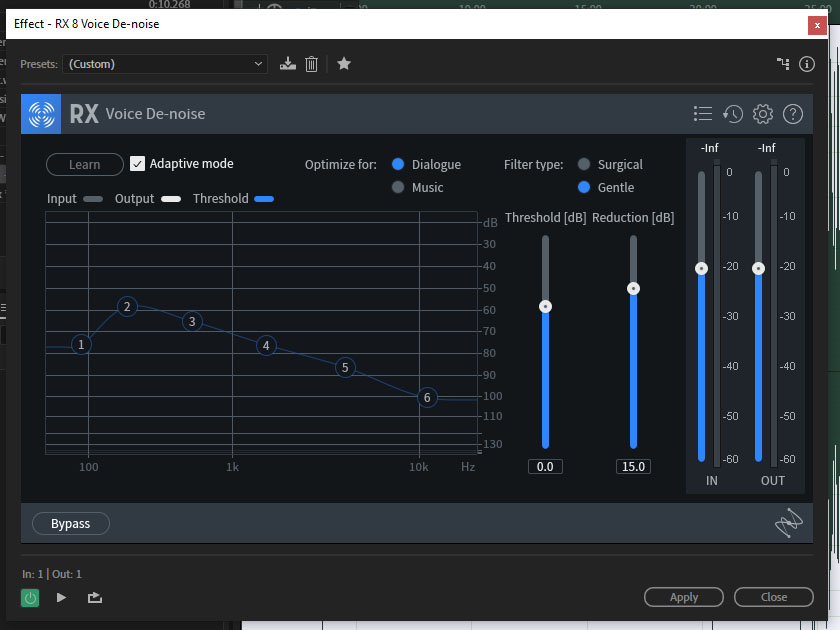 5. Three takes of the episode tag 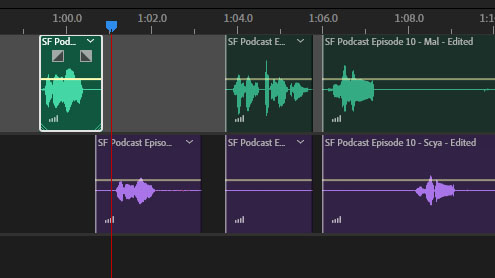 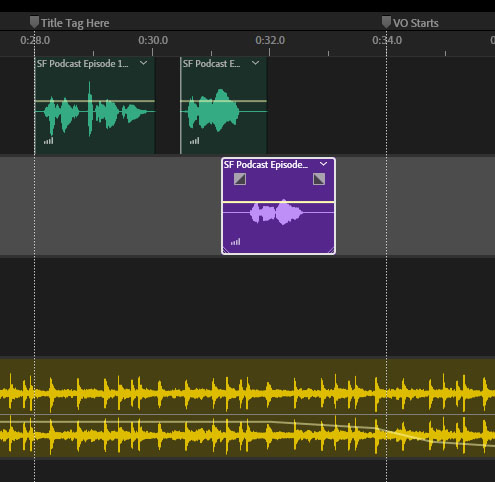 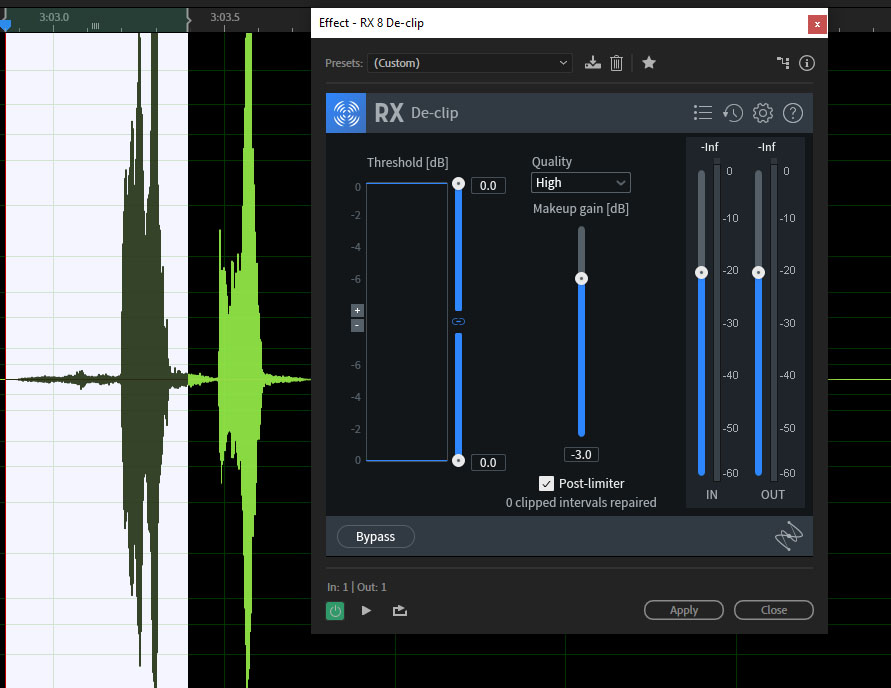 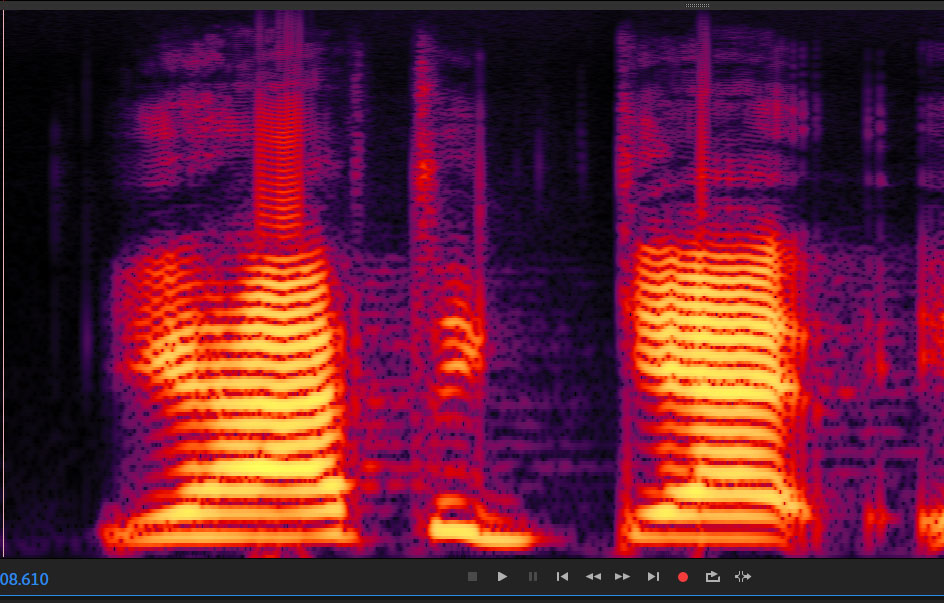 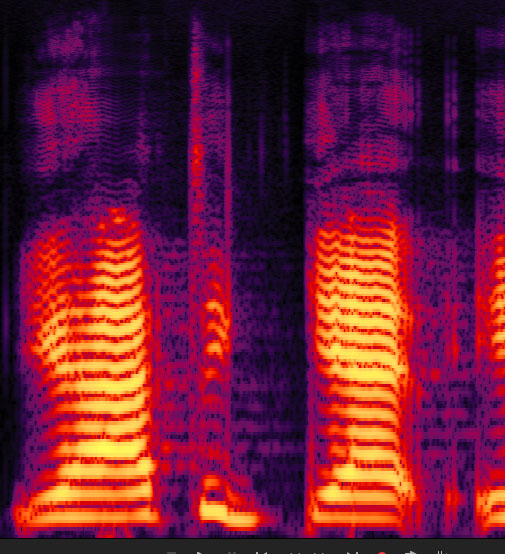 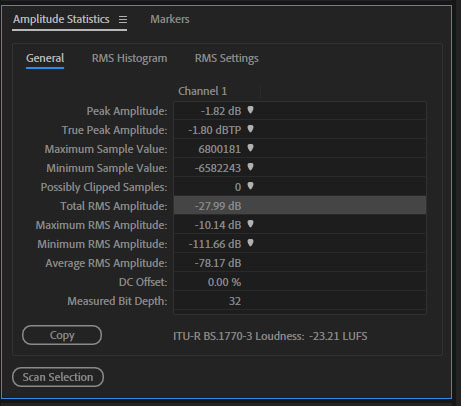 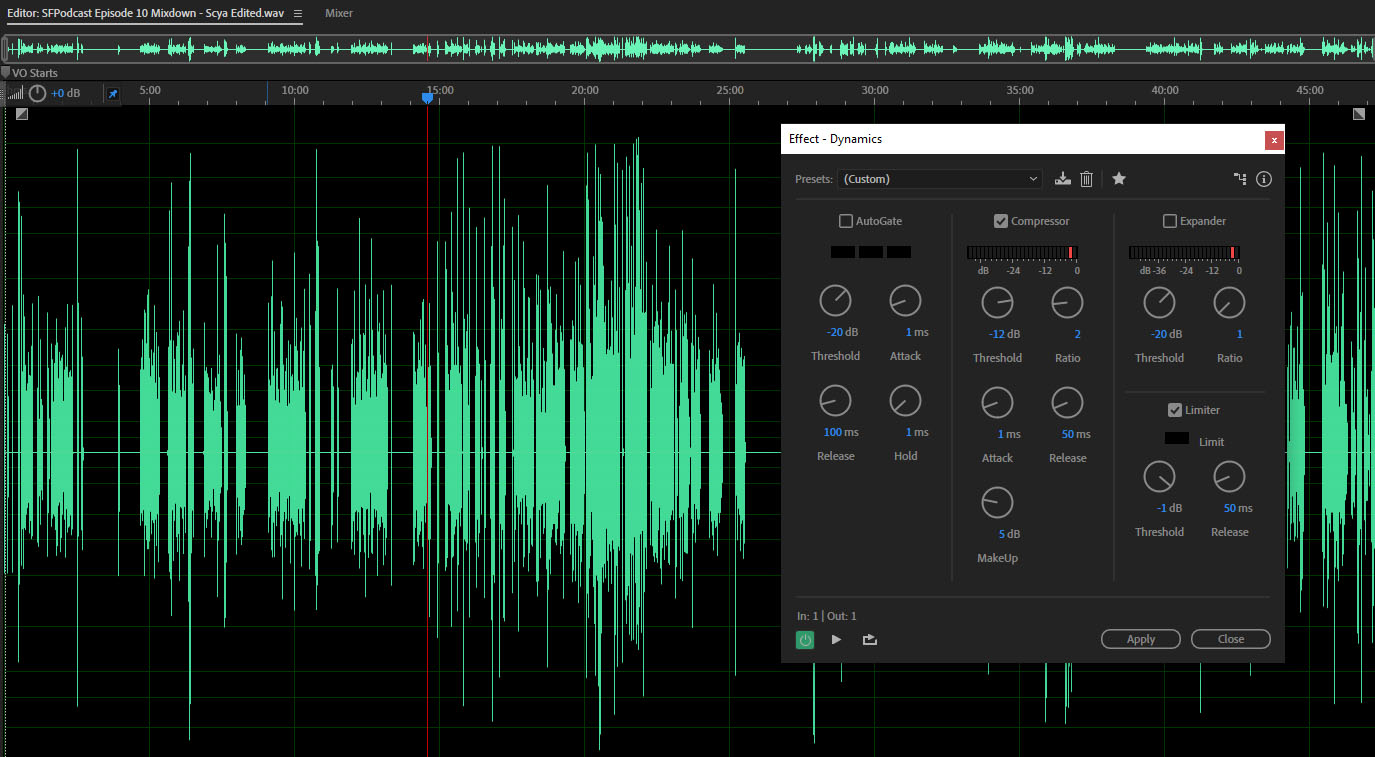 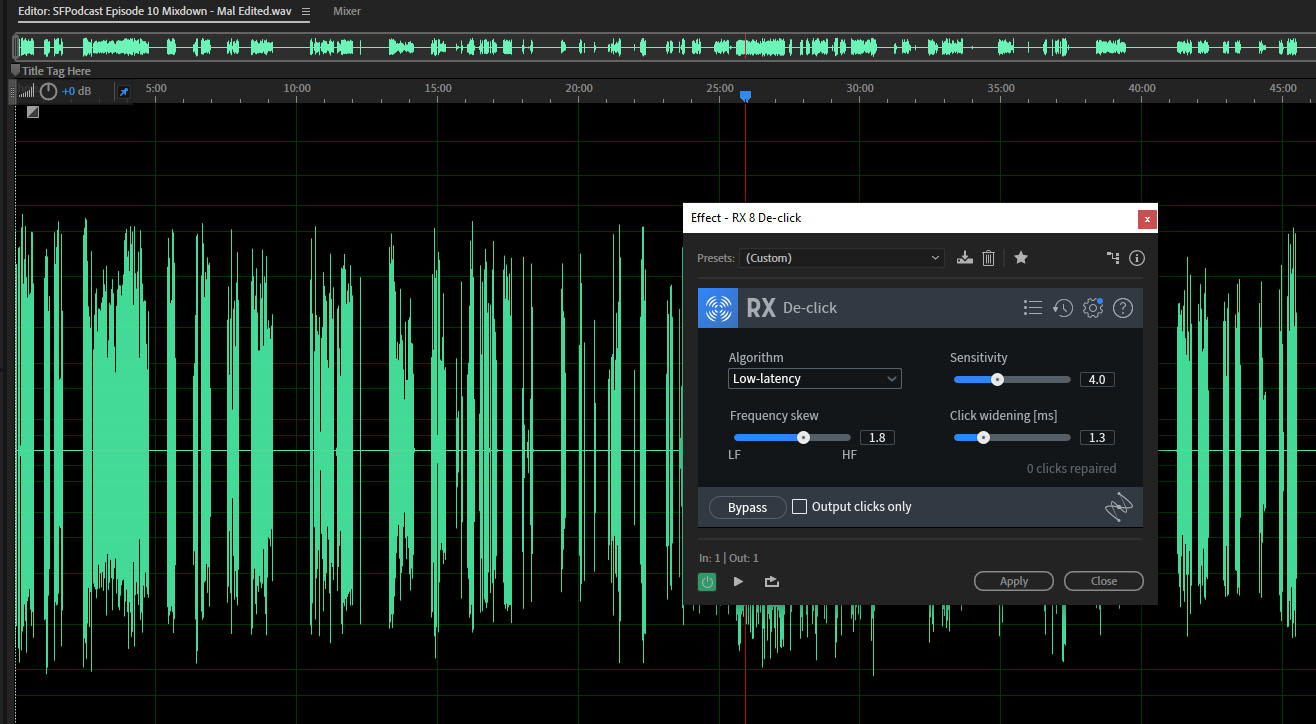 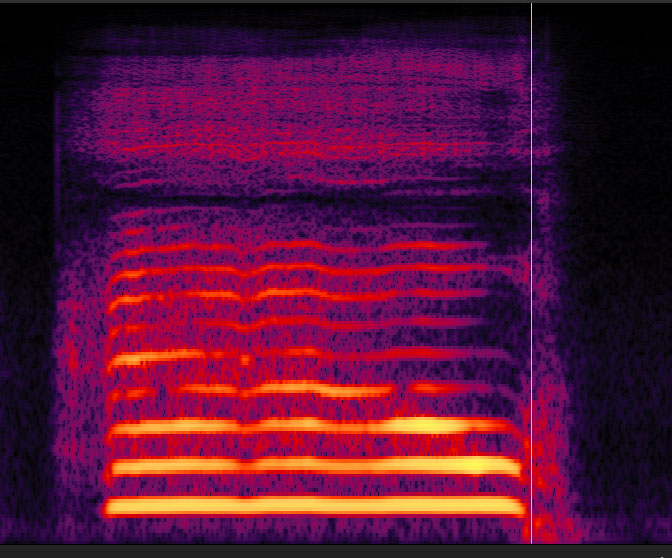 22. Music Mixed In and Ready To Go

Group Content – Playing what you like vs Playing Effectively – Mal and Scya, when you run flashpoints and operations, do you play your most effective class or whatever you want?

Mal: When I play FPs and HM ops I play whatever I feel like really, but that is mostly because I am at least proficient on just about every spec in the game with a couple exceptions. If a person is new or they are trying out a class for the first time vet and sm ops are probably best for that. You can eventually take something new to you into harder content, you just will have to accept that if other people are also in that same boat the FP might take longer to get done and you might wipe in the Op.

LOL. Almost never, especially lately in story mode operations and veteran mode operations. I play whatever character I need to play to achieve my goals if I think I can get away with it. I’ve found the team can succeed just fine even if I’m on my Jedi Knight where I barely know how to press three keys.

Should you have to play effectively in group content?

Mal: For the most part yeah? I mean, at least know what some of your buttons do if you are going to play a spec in group content. Sometimes it doesn’t matter, like sm or vet content, but for harder content you really need to be at the very least competent at what you are on.  Or be okay with wiping all night. If you are okay with that then good to go.

Should you always be striving to be playing at your very best in every type of content or is it ok to coast?

Mal: If you want to get good at the spec you are playing then yeah, you should be striving to be your best. It depends on who is around you in the group as well, if your group is struggling then it can honestly really suck to be good at what you do because you feel like you always have to be giving 150% to make up for the person who is giving 60%. That person probably isn’t doing it on purpose, maybe they are just new or they have never seen a fight before, but it can be really tiresome. So, if you are going to do something hard like one of the harder FPs or nim Ops you should bring what you are best on. However, we all coast from time to time, haha! I definitely coasted a 16m HM Revan one night, it was before I got my glorious new computer. Some people I know put the group together, I was just dpsing, made it up to the 3rd floor died almost immediately and then went to make some tea while I laid on the floor dead and everyone else finished up the boss. Ez pz, thanks for the cheevos. For the most part though I always bring what is best for the group or what I am best on. Like if my cohealer wants to bring a sage I bring a commando. If we have 3 sage dps I’ll get my guardian.

Nah. Only the minimum needed to pass the content at a reasonable pace.

For the harder stuff I think that still applies. But if your team can’t pass what you are doing, everyone needs to up their game.

YOU CAN’T MAKE THIS SITH UP

This week in You Can’t Make This Sith Up – world boss groups. In a recent trip to Nar Shadda, for some ungodly reason, a dps whose name has been withheld for another ungodly reason, joined a world boss group at 1:25 in the morning. The target world boss was Battledroid R4-GL found on Nar Shadda. Upon joining, the leader announced that they had no ability to summon to the boss nor did they know the way to the World Boss’s location. The time was now 1:35 AM and the tired dps began making her way to the world boss location. Upon arrival around 1:40 AM there were 18 people in the group. Hooray, summons incoming. “No no” she was told. “The group is not full yet”. What? How full did this group need to be for this boss that could be demolished in under 2 minutes. Finally at 1:45AM the leader announced “Everyone gather in the same instance or you will not get the summons”. What? After ready checking and waiting for 24 people to indicate that they were, in fact, ready the boss finally died at 1:55 AM. Perhaps this tired dps just needed to have some patience with people. Perhaps she should learn to be less cranky, after all, the boss did die. Or, in this reporters opinion, she should have Alt F4’d and gone the fuck to bed.

Mal: I create them solely to troll people now. I created Bodacious Fishlady to troll Tyrlo’s Hunky Fishman but then he left for his real life so, she’ll debut one day. I also made Side Dude because someone I know has one called Side Chick so, gotta keep things equal.

I also made some for that DvsL event years ago when you had to take 1 of everything to 50 again so I made Evil versions of all my friends. Evil Mal, Evil Fender, Evil Vaz, Evil Bamm, Evil Elros etc. I had everyone go to the little appearance change thing and tell me specifically what numbers were set to what for all the looks so they are identical except for the evil moustaches and black hair I gave everyone.

I also sometimes create them for convenience because I hate respecing. I have a sage for TK, one for Balance, one for heals. Same for Guardian, I have a tank and a separate dps. It’s also nice to have doubles and mirrors because I do a lot of raiding and then I don’t wind up locked out on a particular class. Scya how about you?

Mal: I often have an idea of what I want them to look like before I create them. It’s been a super long time since I created a character though. Side Dude I made kind of like a blonde Adonis style character. A big beefcake looking guy, so funny. Also Bodacious Fishlady and she looks kind of like a nautolan cheerleader. I don’t think the Nautolan’s look very good in SWTOR, they don’t look anything like the NPCs look and it was disappointing.

Mal: I definitely did with my core 8 legacy characters! The matriarch’s of my legacy are Mal on the Republic side and Dreya on the Imperial side. Each other original main’ have their own story and connect to the legacy in a specific way.

Scya: A mix! Some characters I have a strong story for them that kind of make up as I create them.

My main story characters have elaborate back stories about where they grew up, how they got to where they are, and how they feel about the changes in the galaxy as the story progresses.

Others have literally no story at all and are just “a sith” or “a trooper”. These are often characters I created to learn different combat styles.

For the characters I’m playing the story with at least I always have some type of characteristics for them – for example, my current inquisitor is “conniving, dark-sided but not murderous” and my jedi knight male character is “noble, a beacon of order”, even though neither of them have actual backstories.

Mal: I find a lot of the aliens really lackluster in color/tattoos/things like that. Some of the species do look cool but I just can’t seem to find anything that jumps out at me in order to make one. Some look fine but they just aren’t for me, like the Sith purebloods, Rattataki, I never have made any of those. Just not for me.

YOU HEARD IT HERE LAST – NEWS